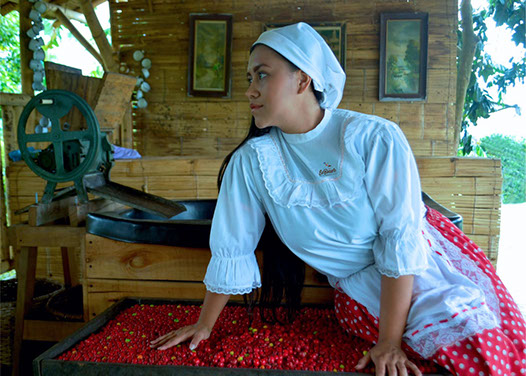 A Coffee story, just one among many others

According to a legend, while traveling through Ethiopia, a man observed birds of unusual vitality and, when tasting the berries that the birds were eating, he experienced the same vitality. Another story involves the goat herder, Kaldi, who became aware of the energizing effects when his flock nibbled the bright red berries of a certain bush, chewing the fruit itself. His joy induced him to take the berries to a revered Muslim in a nearby monastery; but that person disapproved of its use and threw it into the fire, from which an attractive aroma emerged. The roasted beans were quickly extracted from the embers and dissolved in hot salt water, producing the first cup of coffee in the world. 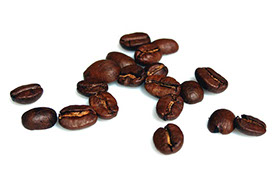 Coffee in the coffee region of Colombia

The Coffee Region of Colombia is a sample of majestic mountains where the best coffee in the world is harvested. Colombian coffee is the work, dedication and effort of several generations of coffee families who have gathered experiences and knowledge of coffee growing. The result of this great work is a delicious drink, in a clean cup, with acidity and a medium / high body, and a pronounced and complete aroma.

The increase and progress of the coffee industry has consolidated the development of the Coffee Region. The origins of this expansion began in the second half of the nineteenth century, with the colonization by families, the majority of them from the region known as Antioquia.

The characteristics of this process of colonization, which was based on family labor, originated an example of land ownership based on small and medium-sized farms. Family significance and the transcendence of the coffee farmer permeated the socioeconomic system of the region and constituted the soul and character of Colombia´s Coffee Region.

Our products are 100% original from Colombia

Colombia is located very close to the equatorial line, thus allowing nutrients and a high luminosity to their lands. Its wonderful geography and climatic conditions allow its majestic mountains to be continuously cultivated. In this way Colombia offers fresh coffee like no other country to the world market.

In addition, its rich lands give extraordinary characteristics to Colombian coffee with very balanced attributes. In this way, Colombian coffee becomes one of the best. Colombian coffee is recognized as being soft, with a clean cup, with acidity, medium / high body, pronounced and complete aroma. An excellent drink to start each day with the best attitude!

MEANS OF PAYMENT AND TRANSPORTATION